2.5 years ago, the Imran Khan led government was imposed on 210 million Pakistanis through a
rigged election and a stolen mandate. Since then, Pakistan has faced the worst era of governance in its history, marked by disastrous mismanagement of economic policy and condemnable degradation of human development and the constitutional rights of Pakistani citizens. Despite the unrealistic proclamation of PTI, Pakistan’s economy is trembling in every sector since the current government came into power. The segment-wise performance audit of 2.5 years of the PTI government is given below: 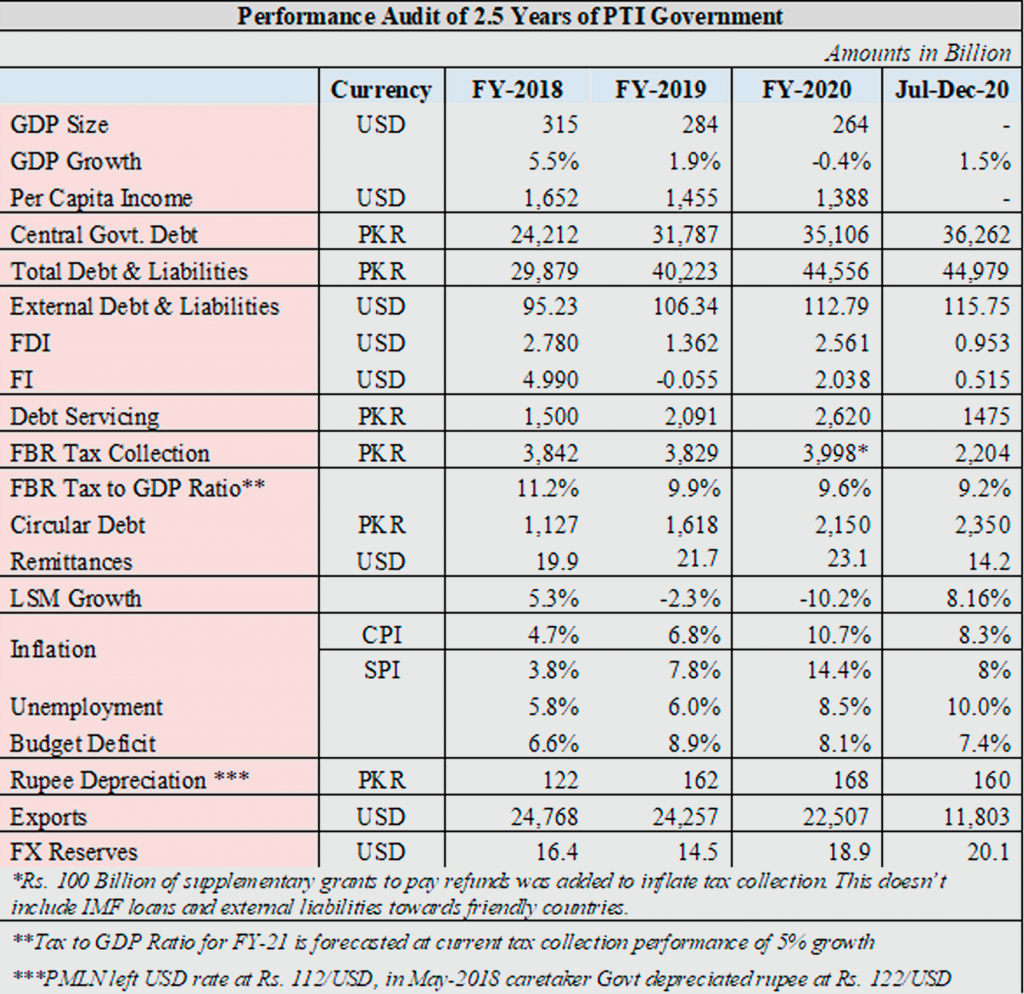 PTI was also celebrating the fact that Pakistan’s economy was not as affected as our regional players were by COVID-19. However, they forgot to mention that despite being significantly affected by the Coronavirus, the GDP forecast remains unmatchable.

Regional comparison of GDP by IMF:

PTI criticised the previous government by claiming the GDP growth was consumption led growth and was financed through debts only. This is not the truth. Large scale manufacturing grew 25% on a cumulative basis in 5 years. On the other hand, LSM contracted by 2.28% in 2019 and further by 10.2% in 2020, under the PTI government. In the current year Jul-Nov-20, the PTI government showed LSM growth of 7.4% with average QIM of 143.3 points. However, even this QMI is 2.5% less than the average QMI of FY-2018 i.e. 146.92. 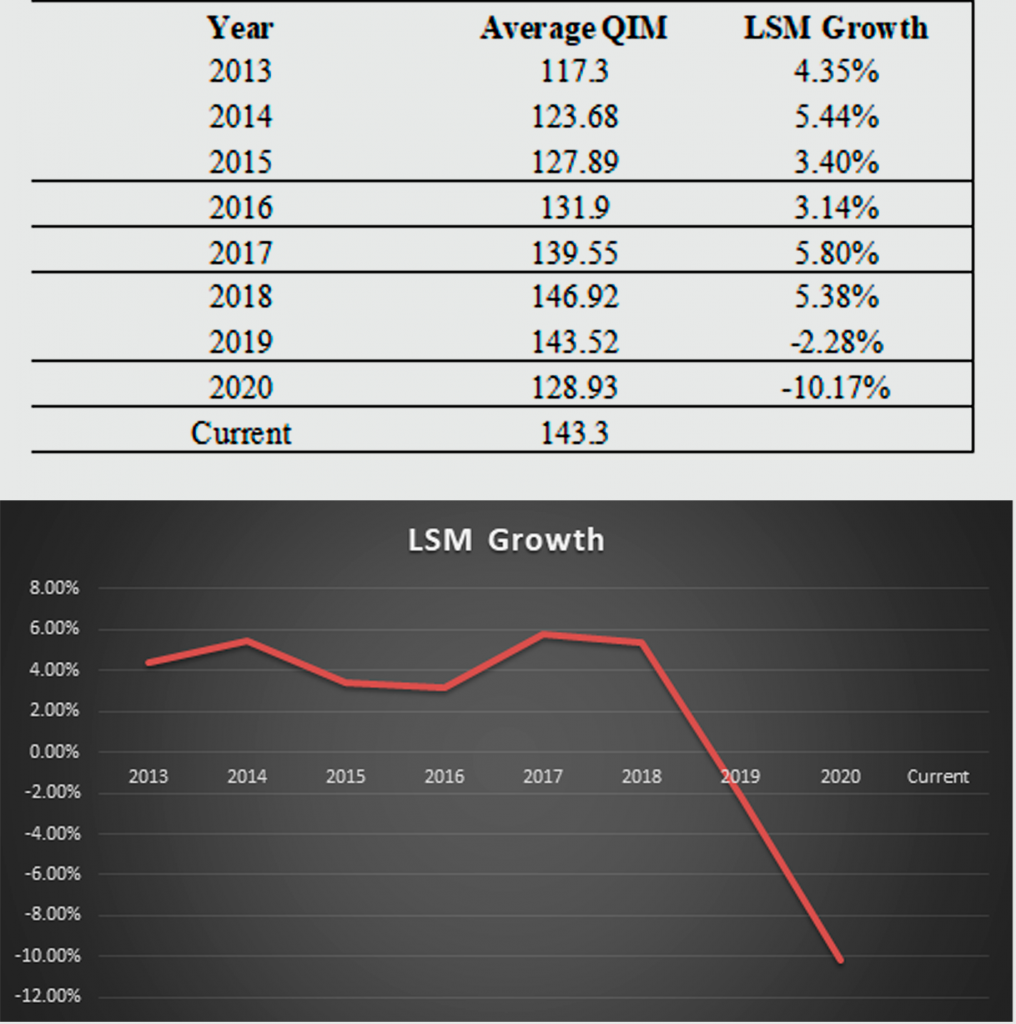 Exports grew at 13% in FY-2018; especially textile exports which grew by 7.4% in FY-2018 and are the backbone of our economy. However, during the PTI government, exports contracted during the first two years by 9%. Moreover in the current year (Jul-Dec-2020) exports are also down by 4.5% as compared to the same period in 2019. Even textile exports decreased by 3% during Jul-Dec-20.

As far as imports as imports are concerned, PTI’s economic hit man told the nation back in 2018 that Pakistan’s economy cannot survive with a $5 billion import bill. But they never told the reason for the high import bill, that GDP was growing at 5.8% because the industry was
growing. LSM growth of 2018 was at 5.3% and power projects were being developed; when an industry grows the import bill rises, yet they kept criticising like rain. But in Dec-2020 the
import bill crossed $5 billion despite the fact that the economy growth forecast by the World
Bank is 0.5%, with no major power plant or CPEC related import underway, the overall industry is performing at a low scale as compared to FY-2018.

Since PTI came into power, foreign investment is shrinking because of their backbiting on CPEC and treacherous campaign of money laundering against Pakistan at several forums of the world.
In the last year of the PML-N government, foreign investments were at $4990 million but the
PTI government dragged it down to negative -$55 million in FY-2019. In FY-2020, foreign
investments remained just $2038 million. Even in the current year, net foreign investments wereonly $515 million, which decreased by 72% as compared to the previous period.

Foreign Direct Investments also decreased by 30% from Jul-Dec-2020 and stood at $953 million.(To be continued)

In memory of I.A Rehman