The Russia-Ukraine conflict has jolted the world economy in a very short period. This has come at a time when commodity prices were already on the rise in the aftermath of the COVID 19 pandemic. The fourth wave of COVID 19 is now subsiding across the globe, and countries like the UK have lifted almost all restrictions related to COVID 19. The demand is on the rise as countries try to recover from the pandemic’s fallout that lasted more than two years and stalled economies. The challenge is the capacity of economies in the world to meet this rising demand as economies shrank during the pandemic. With the rising demand, challenges of supply disruptions, logistical interruptions, shipping and airline charges and port congestions have led to higher prices of commodities.

The Russia-Ukraine conflict is likely to add to the world economic disruptions. Russia controls almost eight percent of the world supply of crude oil, whose prices touched the highest daily of $139 per barrel on 7 March 2022. Historically, these prices last reached this level in 2008. Fortunately, prices have since dropped to around $10 per barrel. Similarly, Russia and Ukraine are the top wheat producers in the world and their conflict has caused the prices of wheat to skyrocket. The more this conflict drags, the more the uncertainty will prevail in the world economy, further raising the already rising commodity prices the world over.

This will have a major impact on Pakistan’s economy as it is heavily reliant on imported commodities. This means higher cost of imports will lead to higher input costs that will eventually lead to high inflation. High imports will increase the trade imbalance leading to a higher Current Account Deficit. A Higher Current Account Deficit will lead to a fall in reserves and will require more borrowing from international lenders or will lead to devaluation of the rupee. High inflation will lead to the higher current expenditure of the Government of Pakistan which will increase the fiscal deficit leading to more domestic borrowing.

Already, inflation in Pakistan is at the highest level in the entire South Asian region averaging at 10.26 percent in FY22 whereas February’s year-over-year inflation stood at 12.2 percent. According to The Economist, which shared a ranking of inflation for 40 major countries on its website, Pakistan ranked at number three for the highest inflation. The government rhetoric that inflation is on the higher side worldwide is true but why is Pakistan’s level of inflation amongst the highest? Why is Pakistan suffering more than double the inflation levels faced globally?

The answer lies in the fact that the rupee was trading at Rs 157 in July 2021 whereas now it is close to Rs 180. Pakistan’s currency has been amongst the top 10 worst performing currencies in the world. In addition to this, local government controls, check on hoarders, corruption, generally managing the supply and demand of basic food items such as sugar wheat have been weak leading to record high prices. The sensitive Price Indicator for the second week of March was 16.41 percent.

In the coming days, due to higher commodity prices worldwide and the possibility of rupee devaluation, high levels of inflation can be predicted for the coming two quarters. 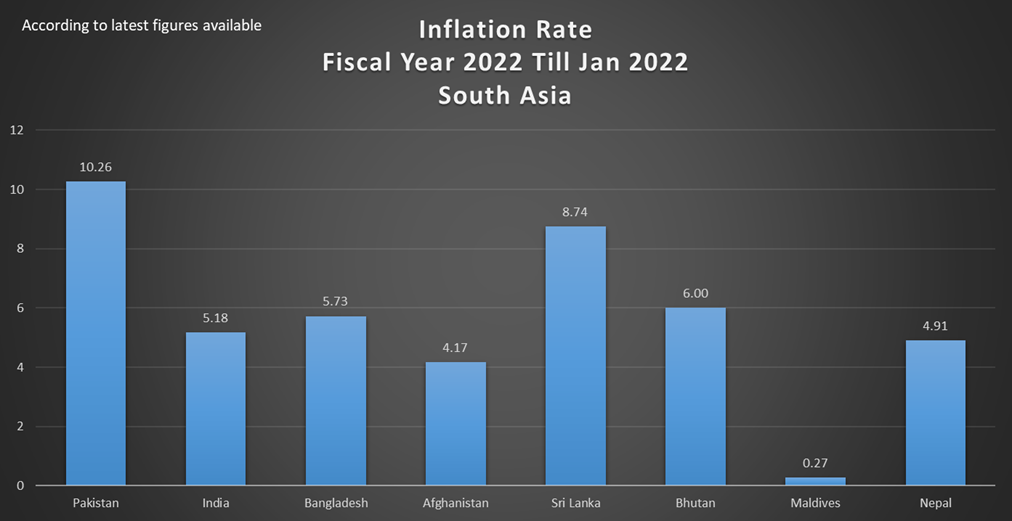 During the first seven months of the current fiscal year, Pakistan has recorded a current account deficit of $11.57 billion where leading economists are projecting that it may surpass the $20 billion mark. It is worth mentioning that the PTI government based its entire narrative of an economic disaster by PML-N on a CAD of $19 billion in FY18 where all other indicators were very good such as inflation, GDP growth, unemployment and people living below the poverty line. Now in its fourth year, the PTI government is surpassing the CAD figure which, according to its narrative, suggests an economic disaster with a lower growth rate, highest inflation, unemployment and the highest number of people living below the poverty line.

Currently, Pakistan’s reserves have continuously been falling even after the external debt has increased from $95 billion in 2018 to almost $130 billion in FY22. More than seven billion in debt repayment is due in the remaining financial year. With a CAD upward of $16 billion, further borrowing is required in the coming months to sustain the reserves at the current level or chances of rupee devaluation are eminent.

The PTI government has budgeted a fiscal deficit of Rs 4 trillion in FY2021-22. Recent official reports are projecting it to exceed by almost Rs 318 billion up to Rs 4.3 trillion. This is after the PTI government imposed a mini-budget of Rs 360 billion by removing or reducing tax subsidies in January 2022. When the government is boasting about hefty tax collections, it forgets to state that it is facing the highest fiscal deficit in Pakistan’s history. The impact of the recently announced relief on petrol, electricity, amnesty to industry and other relief measures amounting to Rs 250-300 billion is not included in these projections of the fiscal deficit.

It came as a surprise for many when Prime Minister Imran Khan announced a reduction of petrol prices when crude oil prices were increasing rapidly. Oil and Gas Regulatory Authority (OGRA) had recommended a Rs 10 hike in petrol prices but the PTI government reduced it by Rs 10, which means that petrol was selling Rs 20 cheaper as per OGRA recommendation. After the announcement, crude oil prices further increased. The government is roughly paying more than Rs 30 per litre from its pocket at a time when it does not have the fiscal space to afford such subsidies.

Similarly, the government announced a reduction of Rs 5 per unit in electricity prices. It is obvious that the current relief is only a political move that is not sustainable. This seems to be a pre-planned move by the prime minister to bog down the opposition in case it succeeds in passing the no-confidence motion. Imran Khan’s government is spending billions for which the government does not have the fiscal space. These billions will be financed through further loans, increasing the burden of repayment on the federal government. One can easily assume that Imran Khan is setting up a financial snare for the next government as he knows that he is on his way out. He has sabotaged the IMF talks with his recent actions. Pakistan’s population of 220 million must brace themselves for a rough road ahead. 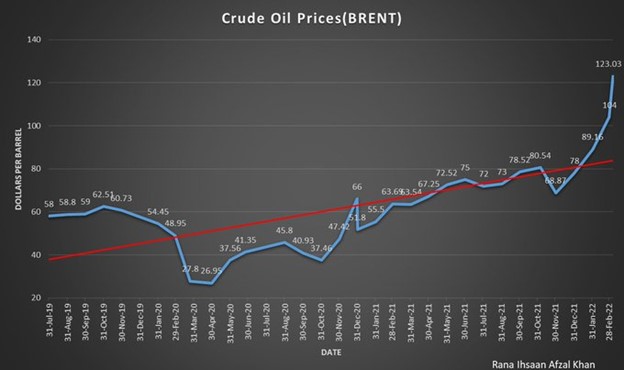