A district and sessions court in Islamabad deemed the Election Commission of Pakistan’s (ECP’s) request to start criminal proceedings against the PTI Chairman Imran Khan in the Toshakhana reference as maintainable and summoned the former premier to the court on 9 January. In its three-page verdict, the court noted that, prima facie, the declaration of assets submitted by the PTI chief to the Election Commission of Paksitan (ECP) was incorrect.

The court proceedings began on the Election Commission of Pakistan’s (ECP’s) complaint after the ECP found Khan guilty of “false statements and incorrect declaration” in his election papers.

The ECP ruling read that the respondent had “intentionally and deliberately” violated the provisions contained in sections 136, 167, and 173 of the Election Act, 2017, as he has made a false declaration before the Commission in the statement of assets and liabilities filed by him for the year 2020-21. Hence, he attracts disqualification under Article 63 (1) (p) of the Constitution, it added. “Consequently, he ceases to be a member of the National Assembly of Pakistan and his seat has become vacant accordingly,” it read. 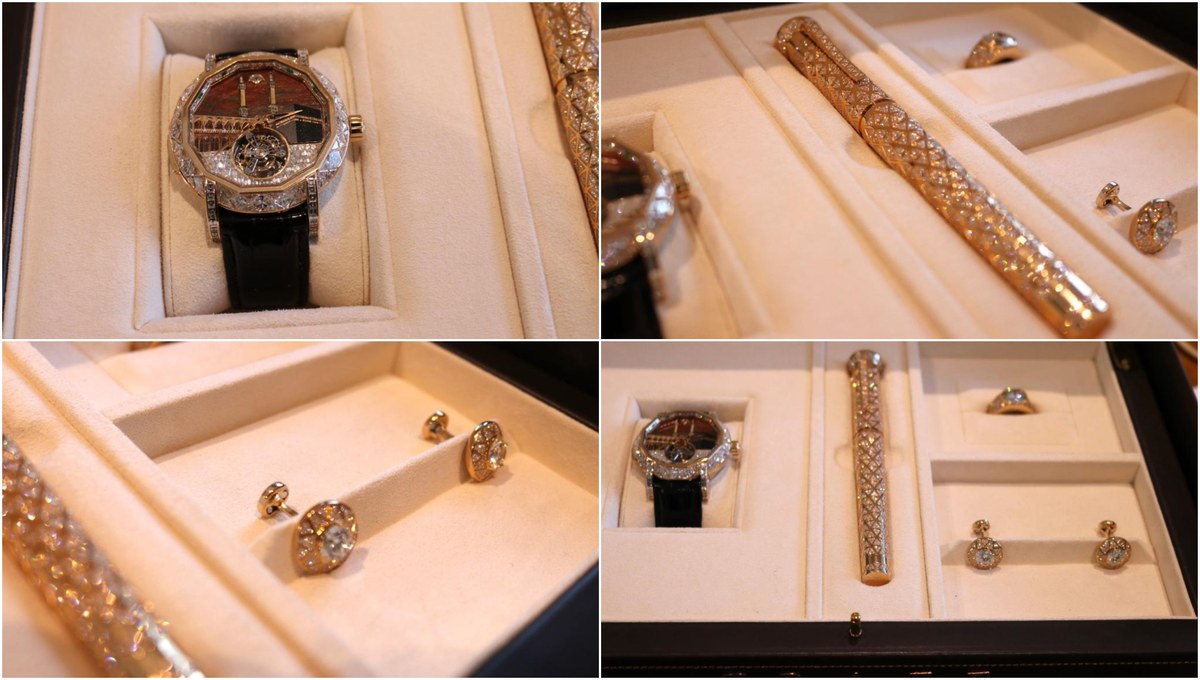 Toshakhana is a government department established in the 1970s to store gifts given to rulers, politicians, government officials, and functionaries by heads of state and other foreign dignitaries. As per the rules, all gifts must be handed over to the department, however, they can later be bought by the recipients by paying a percentage of their estimated value. The sale of the gifts after buying them from Toshakhana is not illegal, it is considered unethical.

In November 2020, journalist Rana Abrar first filed a Right to Information (RTI) request asking the PTI government to share information about the contents of Toshakhana. When the government refused, he appealed to the Pakistan Information Commission (PIC) and won his appeal.

When the PIC decided to disclose the requested information, the Cabinet Division filed a writ petition in Islamabad High Court and challenged the decision of the PIC. They had claimed that disclosing the contents of the Toshakhana would not only jeopardize the integrity of Pakistan but also impact Pakistan’s relations with friendly countries. Islamabad High Court Justice Miangul Aurangzeb, who was overseeing this case, decided to make the records of the case public.

When the news of the Toshakhana scandal first broke, it was reported that Imran Khan had bought expensive gifts from Toshakhana by paying a nominal amount and made hefty profits by selling them in the market. When questioned, Imran Khan kept avoiding the topic but eventually admitted that he had sold at least four presents he had received during his time as prime minister.

According to the news website Fact Focus, Imran Khan and his wife Bushra Bibi retained the precious watch valued at Rs85 million gifted by Saudi Crown Prince Mohammad Bin Salman during his very first visit to Saudi Arabia on September 18, 2018, by paying only Rs17 million to the government. In addition, Khan and his wife retained seven Rolex watches, multiple necklaces, bracelets, rings, diamond chains, gold pens, and even dinner sets by paying only small parts of their real value.

PML-N played an important role in pursuing the Toshakhana case. In August this year, the coalition government filed a reference against Imran Khan for not declaring income received from the sale of Toshakhana gifts to the Election Commission of Pakistan.

Some may argue that PML-N is targeting Imran Khan unfairly. However, PML-N never believed in the politics of victimization, unlike the PTI. The PML-N wanted to build the case based on strong evidence, so they engaged credible accountants. It acquired the services of Ishaq Dar, the finance minister at present. Ashfaq Tola, a prominent accountant, and president of the Institute of Charted Accountants of Pakistan also provided an in-depth consultation.

When PML-N found concrete evidence that concealment happened, it only questioned Imran Khan’s assets and liabilities declaration for 2018 and 2019 because whatever new assets he gained, whether in the form of cash or property, should have been declared in the assets and liabilities statement under section 137 of the ECP. Khan made a 20 per cent payment to retain the Toshakhana gifts, but these payments and the gains from the sale of these gifts were not included in the statements.

In the meantime, PML-N collected some facts from a story published in Fact Focus. It also collected some documentation to support its claims. The columns of Kasim Abbasi provided us with more information about this case. Imran Khan sold gift items in Islamabad in the open market but submitted the receipts later on, violating the rules for selling the Toshakhana gifts.

PML-N highlighted the issue in the media with concrete evidence. This was an eye-opener for PTI supporters whose leader portrayed himself as the only honest and upright man in the political arena but was doing what he accused others of.

The Fact Focus report stated that Imran Khan even sold items like carpets, flower vases, table mats, tea sets, cutlery, and mobile phones and gained around Rs10 million from those sales. According to Toshakhana (Management and Regulation) Act, an official can retain gift items having a price tag below Rs30,000, without any payment. PML-N was certain that these gift items were undervalued by the PTI government so that Khan could retain them free of cost.

When the ECP took notice of the information, the PML-N engaged advocate Khalid Ishaq and Pakistan Democratic Movement (PDM) members. I spearheaded the team with Anusha Rehman under the leadership of Sardar Ayaz Sadiq and Ishaq Dar to bring Khan to justice. When, finally, the reference was prepared, the party took Azam Nazeer Tarar’s input and brought Khalid Ishaq on board to avoid any backfire.

Imran Khan challenged the decision of the ECP in the Islamabad High Court. The evaluation reports of the watches are still not available in the Cabinet Division which proves that there are people there who are protecting him and his corrupt practices. If the PML-N finds those reports it will be able to show that those watches were sold at a very high price and the amount submitted in the Toshakhana was far less than the required percentage of the market value. Hence, this is more than a corrupt practice. It is a criminal case that can go to either National Accountability Bureau or Federal Investigation Agency.

The PML-N did not aim to oust Khan from politics. It only followed the law of the land in this case and proved that Khan was involved in corrupt practice and there is a punishment under the Election Act.

When it comes to other parties like PML-N and PPP, there are no misdeclarations. The cases that were filed against them were not pursued as there was no strength in them. The PML-N and PPP leaders declared everything that they received from the Toshakhana while Imran Khan did not.