Mian Muhammad Nawaz Sharif, the leader of PML-N and three-time prime minister of Pakistan, was born on 25 December 1949. He completed his bachelor’s at the Government College Lahore and went on to study law at the University of the Punjab. After completing his education, he joined his father’s business. His father Muhammad Sharif had established his steel business from scratch after migrating to Lahore from his village Jati Umra which was then part of the Amritsar district of India.

Nawaz Sharif rose to prominence in the 1980s when he first served as finance minister and later chief minister of Punjab, the largest province of Pakistan in terms of population. In 1990, he was first elected prime minister by a coalition of parties called Islami Jamhoori Ittehad (IJI). He introduced policies to encourage the industrialization and privatization of state-owned enterprises. He also promoted science and technology. However, he was forced to resign from office in July 1993, following the abuse of his constitutional power by then-President Ghulam Ishaq Khan. 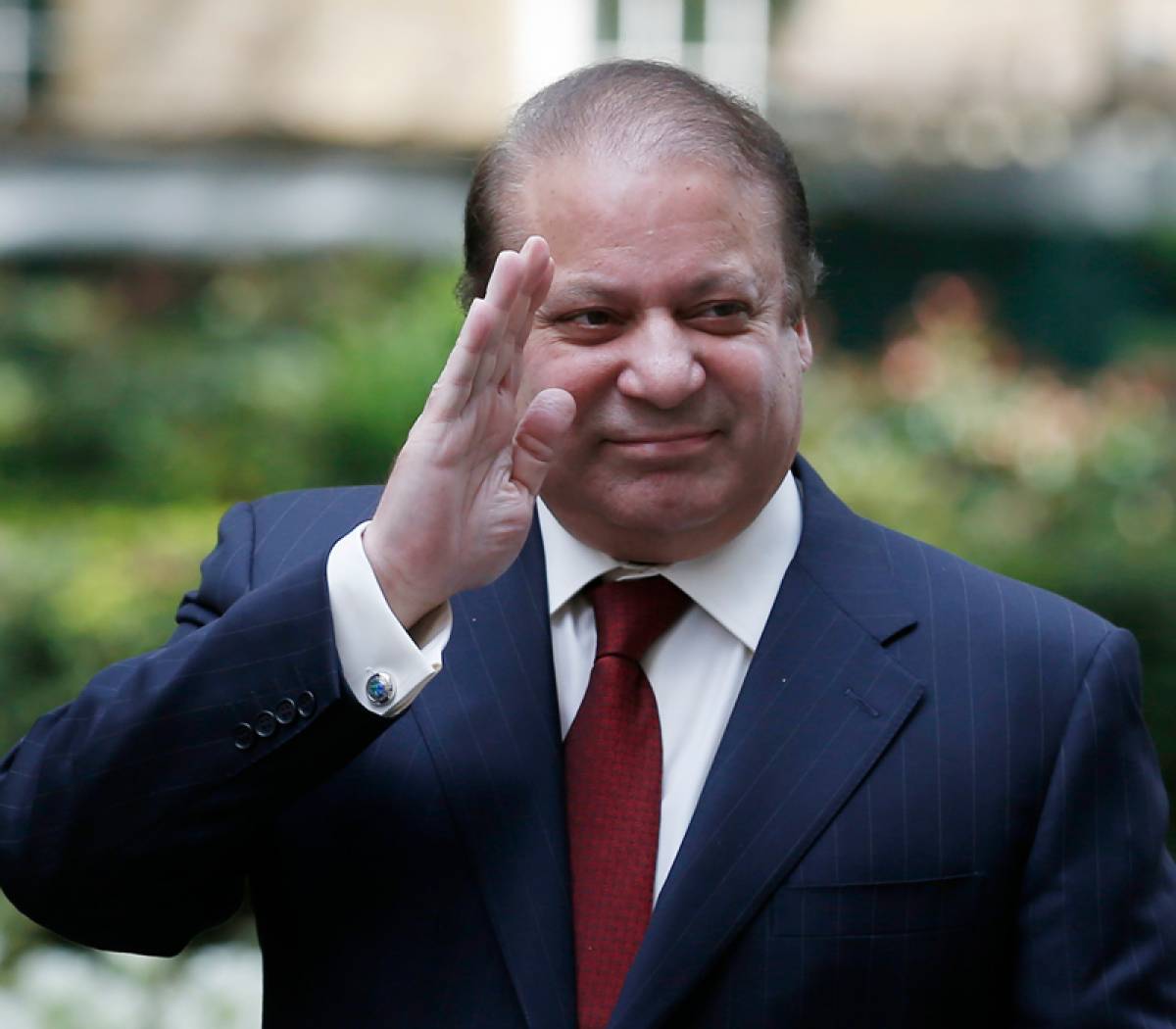 He was elected prime minister for the second time in 1997 and continued his policies for the development of the country. A landmark achievement during this tenure was the demonstration of Pakistan’s nuclear capability in 1998. His government successfully handled the fallout of the economic sanctions placed on Pakistan following nuclear tests. In 1999, however, General Musharraf staged a military coup and imprisoned him. Following the coup, fake cases of corruption were registered against him and his properties were seized. He was later forced to live in exile in Saudi Arabia with his family.

In 2006, Mian Muhammad Nawaz Sharif signed the Charter of Democracy with Benazir Bhutto for the democratic transition of Pakistan. Both leaders agreed to free Pakistan from the influence of unconstitutional and undemocratic forces through joint struggle and parliamentary politics. Unfortunately, Benazir Bhutto was assassinated in 2007. After her assassination, Nawaz Sharif continued to make efforts for political reconciliation and the strengthening of democracy. In 2008, Nawaz Sharif led the political movement against the Musharraf regime and ousted him from power after the 2008 general elections with the support of the Pakistan People’s Party (PPP). The PPP, PML-N and Awami National Party (ANP) formed a coalition to govern the centre and provinces. Thus a new era of democratic transition was set in motion under the statesmanship of Mian Nawaz Sharif. Although the PML-N pulled out of the government after five months, he continued to protect and promote democratic principles.

It was in 2013 that Mian Nawaz Sharif was elected prime minister for the third time. At this time, Pakistan was caught in the vortex of terrorism, energy crisis, and economic meltdown. The PML-N government successfully overcame these challenges and delivered on its campaign promises. Under his leadership, Pakistan signed a historic agreement with China to create a road and railways network throughout Pakistan under China Pakistan Economic Corridor (CPEC). Economic growth took an upward trajectory and peace returned to the conflict-ridden country. Universities, colleges, hospitals, and industries began to flourish during that period.

In 2014, a culture of sit-ins and protests began to incubate in Pakistan by the populist demagogue, Imran Khan and his party, to defame the PML-N government and its leadership. Mian Nawaz Sharif showed resilience for the sake of constitutionalism and to safeguard the freedom of speech — an essential pivotal of democracy. 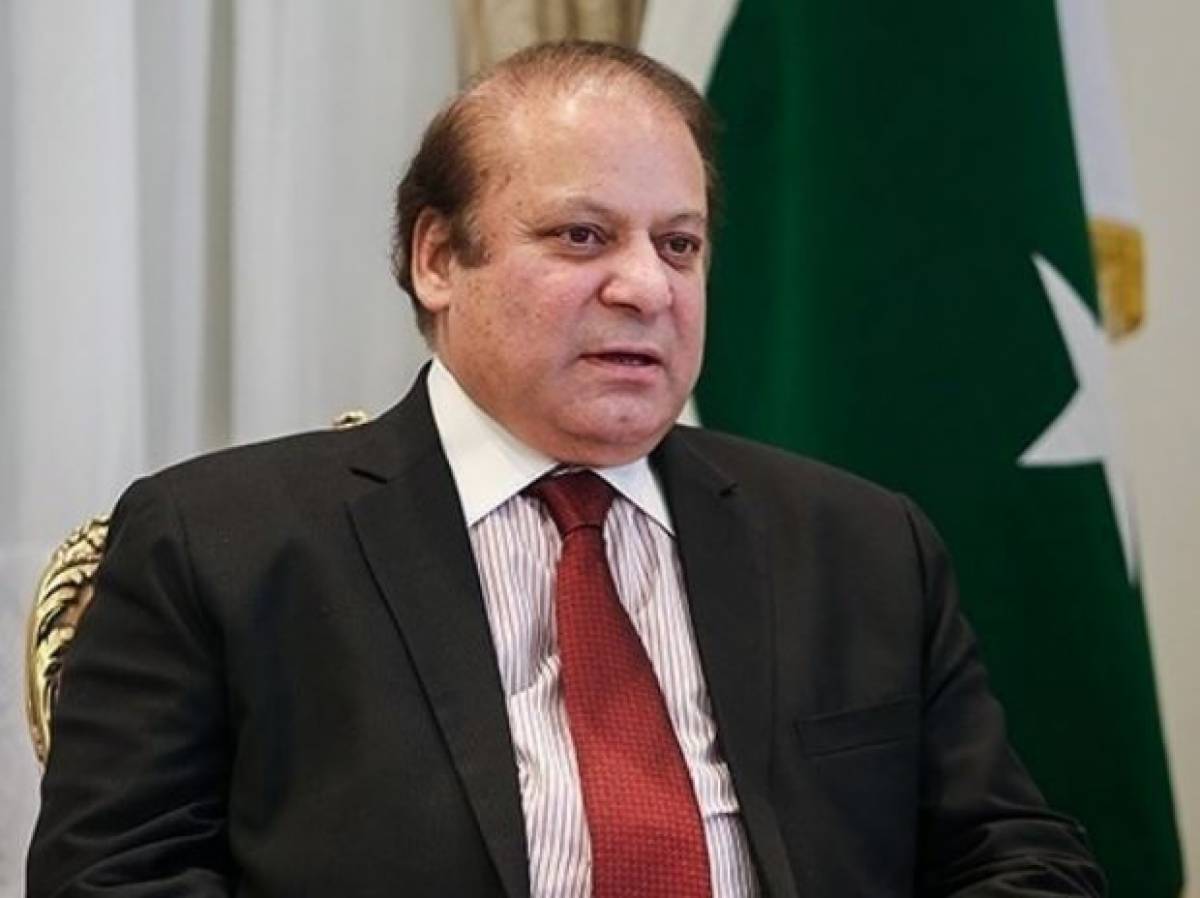 In the wake of the Panama Papers leak in 2016, a politically motivated trial in Supreme Court led to his disqualification from office on flimsy grounds in April 2017. Extra-constitutional forces came together to make Mian Muhammad Nawaz irrelevant in politics. Media was muzzled and freedom of political activities was curtailed. He was then arrested and jailed only to be released on medical grounds in 2019. When in prison, he was not even allowed to call his ailing wife Kulsoom Nawaz, who passed away in London shortly afterwards. He remained stoic in the face of such abuse.

In these times of political unrest and uncertainty, Mian Mohammad Nawaz Sharif emerged as an icon of civil supremacy and constitutionalism along with his daughter, Maryam Nawaz, and his brother, Mian Shehbaz Sharif. He respected the country’s institutions and never used unparliamentary language nor incited his followers to indulge in violence.

Mian Muhammad Nawaz has become a central figure against the populism and right-wing reactionary politics of Pakistan Tehreek-e-Insaf, which has become the greatest threat to the integrity of Pakistan and its Constitution.

On behalf of all PML-N supporters and democrats of Pakistan, the Horizon team pays tribute to his struggle and vision for democracy in Pakistan on his birthday.